If you are interested in any of these West Meadowlark Park homes, condos and townhomes for sale, you can request more info or schedule a showing from the detail page of each listing. We have access to the past sales history, property disclosures, and the local knowledge to help you interpret them. We can also provide you with the dates and prices of properties that have recently sold nearby in Edmonton.

And for your convenience, consider registering for a free account to receive automatic email notifications when new listings come on the Edmonton market that match your search criteria.

West Meadowlark Park was named after a bird that is common to Alberta and was annexed by Edmonton in 1964 from Jasper Place.  Until the 1960’s this community was considered quite far from the downtown core.  Today, West Meadowlark Park would be considered an interior West Edmonton community.  It underwent significant development throughout the 60’s and into the 80’s.  While a lot of the community is multi-family (townhouse and apartment/condominium buildings) the most common property you will find are single family homes.  You will also find multiple schools, Misericordia Hospital and recreational centers located within this community.

West Meadowlark Park Edmonton is steps away from West Edmonton Mall and surrounded by public transportation, making any comminute quick and easy.  Also, a short drive to either the Whitemud or Stony Plain Road.  Take either and quickly gain access to the Henday and other areas of Edmonton.

Where is West Meadowlark Park located?

Things to do near West Meadowlark Park?

Lots of shopping opportunities being so close to one of the largest malls in the world, West Edmonton Mall.  You can also treat yourself to some delicious Italian food and products at the Italian Centre on 170th Street.

Copyright 2022 by the REALTORS® Association of Edmonton. All Rights Reserved.

Trademarks are owned or controlled by the Canadian Real Estate Association (CREA) and identify real estate professionals who are members of CREA (REALTOR®, REALTORS®) and/or the quality of services they provide (MLS®, Multiple Listing Service®) 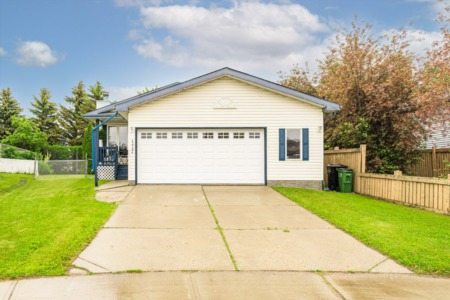